Anyone interested in sharing a case, further discussion, or learning more should feel free to reach out to us at (byrnesj@gvsu.edu).

There is a common misconception that ethics is a subjective discipline predicated on a person’s emotional response to a given issue. Rather, ethics is an objective field of study with proven methodological approaches that public health practitioners can become skilled in applying. Case studies are a compelling tool used within the discipline of ethics to share nuanced details of a particular case while also discussing the merits of possible solutions. The following are examples of case studies based loosely on situations public health professionals may experience in their day-to-day work.

A local health department (LHD) struck up a collaborative relationship with Anita — a professor at a prestigious, religiously-affiliated private university in the same county the LHD operates — to ensure resident voice was central in decision-making about public health programming. Anita specializes in community engagement and she is a uniquely skilled collaborator who brings valuable experience and knowledge that are not otherwise available to the LHD. For the better part of a year, the collaboration was smooth and fruitful. At every point, the LHD was happy to work with Anita, who had twenty years of experience in community outreach projects related to health. Better still, Anita had already established a good reputation in the local community, having earned the trust of leaders in the neighborhoods that the LHD was striving to support. 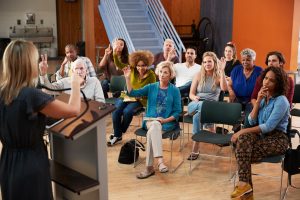 The LHD learned of a grant opportunity that focused on health equity and required engagement with populations that experience the greatest disparities.

The terms of the grant stipulated that both community-based organizations and individual community members were to be involved in decision-making, priority setting, and implementing strategies. 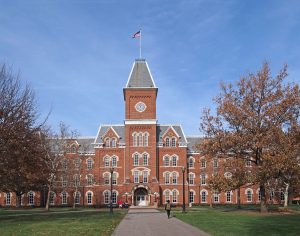 One of the most well-established community groups was an LGBTQ+ affiliated organization that aimed to eliminate health disparities for LGBTQ+ individuals through coordinated health advocacy. In one of the grant planning meetings, the LGBTQ+ group expressed concerns about having the grant-supported work connected with Anita’s religiously affiliated university, which was widely known to have policies prohibiting same-sex relationships.

More specifically, the media had covered the university handbook’s policy prohibiting same-sex romantic relationships — labeling them ‘sexual misconduct’— and forbidding information about same-sex relationships to be shared at health fairs and other on-campus events. Typically, when a university makes a faculty member available for an outside project, the university expects its name and logo to appear prominently on the promotional material for that project. For the LHD and Anita’s collaborative project, this would mean the university would be listed as a key member of the collaborative and would be listed as an active member on county-wide communications.

Importantly, the LGBTQ+ group trusts Anita herself and respects her track record of accomplishment in the community; it is just that they have concerns with making the religiously affiliated university that employed her a marquee partner of the grant-supported work. The community group explains that they fear LGBTQ+ individuals will be put off by the clear presence of a university sponsor who has taken such a public stand against same-sex relationships.

It is easy to feel the weight of an ethical dilemma. Indeed, it often seems that knot in the stomach or a feeling of dizziness are some of the very ways in which a person first understands that they are in an ethical dilemma without an easy solution. It is difficult to make progress or gain clarity while we are mentally spinning, so it is important to write out our initial thoughts. One of the best places to start is by identifying some of the many difficult questions around a given issue. It is okay if the questions overlap; the very articulation of them into words is a great place to start.

Here are some of the questions one might ask about the present case:

The Local Health Department is faced with three options:

The LHD discontinues their collaboration with Anita because of her affiliation with a university with policies that discriminate against LGBTQ+ people. The LHD would choose this in order to preserve community trust by remaining free of any connections with unjust institutions. Thus, the LHD would discontinue the grant application.

The LHD continues to collaborate with Anita and her university, retaining her personal skills, reputation, and integrity in order to do a lot of good in the community. The LHD pays the university for Anita’s time, freeing her up to work on the grant, building institutional relationships with hopes that the connection does not have negative consequences for their relationship with the LGBTQ+ community.

The LHD continues to collaborate with Anita, because of her personal skills, reputation, and integrity in order to do a lot of good in the community. In this case, the LHD pays Anita directly in order to reduce ties with the university. At the same time, the LHD devotes extra efforts to ensure the grant-supported work is welcoming to LGBTQ+ community members.

The Decision and Rationale

After some reflection and continuing discussion, the LHD Ethics Committee decided to pursue Option Three. They chose to move forward with Anita collaborating directly on the project and to be judicious about the use of her university’s name and logo. What follows is the ethical rationale that led the LHD to that decision.

The Ethics Committee reached their decision due to several factors, including weighing the benefits and harms of collaborating with Anita, and thereby the university at which she is employed, and of attempting to undertake the project without Anita or her university. Additional consideration was given to the possibility of long-term loss of trust in the LHD among LGBTQ+ community members. Finally, the consideration was given to the LHD’s duty to address the urgent needs of the community, as well as its duty to treat all community members with respect—both commitments in their mandate.

After careful consideration and dialog with the community groups, it was determined that the university could be acknowledged in the collaboration, but that by paying Anita directly, they could avoid using the university’s name or information appearing in the recruiting materials for community members who would be receiving health care. Thus, the LHD could be honest about Anita’s role but not cause the community to think that one collaborative partner’s views would be shaping the kind of care that was being issued or who would receive that care. In this, the LHD understood that they were in a better position to build community trust with the work, than they were in danger of losing trust by virtue of collaborating with Anita.

Finally, what about the LHD’s duty to respect and honor vulnerable members of the community like the LGBTQ+ individuals who might be offended by any engagement with an organization that held positions such as those of Anita’s university? This question weighed on the LHD, but, in the end, it was clear that the LHD could collaborate without ceasing to disagree with, or even critique, the university’s policy positions. Therefore, the amount of good that the LHD could do by collaborating with Anita, and the duty to meet the urgent needs of the community, outweighed the desire not to cause offense. Were some individual or community group to express concern about any collaboration with Anita’s university, then this ethical reflection could be shared with them to demonstrate that the LHD had documented these concerns and taken the time to work through an ethical decision-making process to avoid the pit falls and bring about an appropriate result.

Interested in learning more about ethics? Check out these resources: